Born in Surrey in 1958, Jon can remember a love of drawing from an early age. His family relocated to Pembrokeshire in the early 1970’s where he attended Cardigan Secondary school and art became a favourite subject although his career took a different path and he trained as a mechanical fitter with the Department of the Environment at Aberporth. Jon was reintroduced to painting in the mid 1990’s after taking an Access to Art course at Carmarthen College of Technology and Art. His talent for painting was soon recognised an he was encouraged to take up painting more seriously by his art tutor, but it is only since 2012 that Jon has found more time to devote to his painting, initially by painting historic railway scenes and becoming an Associate member of the Guild of Railway Artists, but with the constraints of having to work from photographs in a tiny space for a studio, Jon switched to painting out in the Landscape painting directly in front of his subjects or “Plein Air” as the French Impressionists called it.

Inspired by the rapidly changing light conditions of the Pembrokeshire Landscape and Coast, this direct approach to painting has helped Jon progress as a painter and has given his paintings a fresher, more spontaneous feel.

“For me a painting usually starts with a visual response which may be an effect of bright Sunlight painted quickly enough to capture the moment in paint. Painting exclusively in oils gives a familiarity with the medium allowing me to work quickly and instinctively. Most paintings are produced in less than 2 hours as the light (and often tide) will have changed too much to carry on any longer. Often a small rapidly executed painting made in this way will stand as a finished work in its own right or sometimes more detailed drawings and colour studies will be made to enable a larger painting to be produced completing on location or in the studio”. 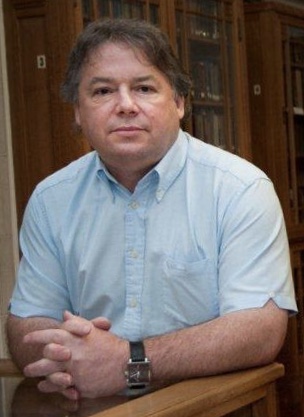 Painting out on Location

“When painting out on location I use a wooden Box Easel which contains my tubes of oil paint, mediums and brushes. The easel can be quickly erected and with my painting support safety held it is ready to start painting!”

“I usually carry with me a few different sizes of painting panels so I can select the one best suited for my subject along with sketch book and pencils. Often a quick pencil sketch helps with compositions before committing to paint.”

“This is my set up when painting at the Pembroke Millpond in April 2019 with Pembroke Castle in the background. This scene was painted on a 14″x 24″ panel which is held securely in the sturdy box easel.”